Yes, the Altered Weather Forecasts Are a Problem

Posted on September 9, 2019 by mikethemadbiologist

Much of the response to Il Trumpe’s alteration of a weather forecast (actually, two alterations, but we’ll return to that) to excuse his mistweeting about how the storm could have hit Alabama has focused either on his narcissism or on the supposed relative unimportance of this behavior. But what this scandal means is we can’t trust the validity basic emergency announcements–and that’s even before we consider the issue of NOAA, on a Friday evening, issuing an unwarranted defense of Trump.

What’s disconcerting isn’t the ‘sharpie’ alteration, where someone (possibly Trump himself) turned the predicted hurricane track into something that looked like a penis, it’s this alteration. Here are the original estimated tracks before Trump: 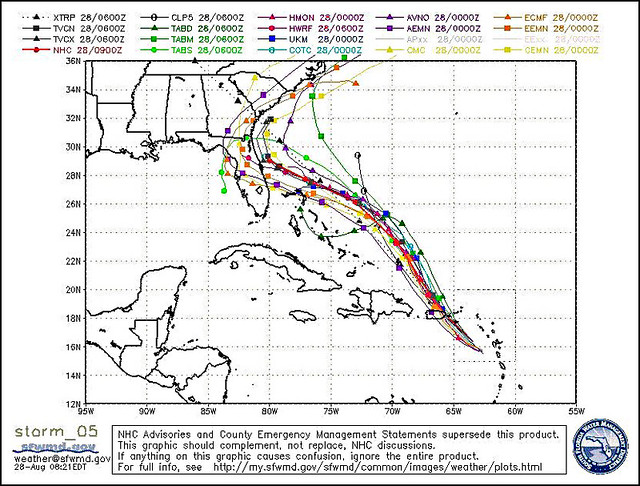 Here’s how someone on Trump’s team altered them: 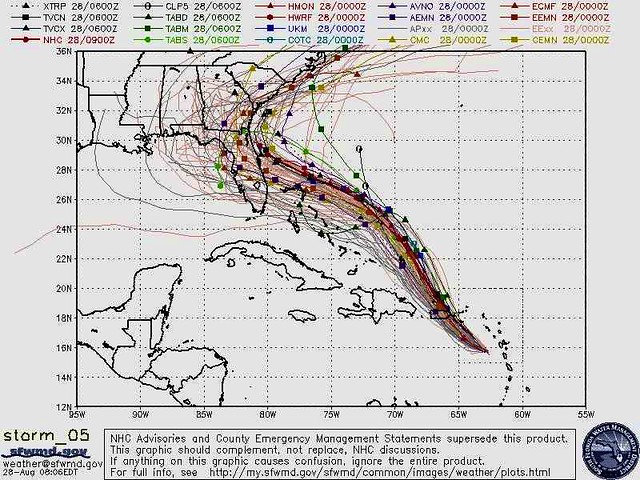 I guess we should be thankfully whoever did this was too stupid to add points to the fake lines covering Alabama.

Regardless, this fakery was done twice, merely to prevent Trump from looking foolish–and to indulge his narcissistic delusions.

Some asshole with a blog asked shortly after he took office:

What happens in a crisis where people need to trust Il Trumpe? Suppose a nasty strain of influenza were to hit or some other immediate public health crisis were to occur? If he says, you need to do X, will people trust him? While politicians have always stretched the truth, Trump’s lies are constant and ongoing. How could we possibly believe what he is saying? In fact, so far, a very good guide has been to assume the opposite of what he says.

Keep in mind, that for many readers, Trump might appear to be in a crisis, but that’s of his own doing–they do seem to trip over their dicks quite frequently. It’s relatively easy–or at least possible–to manage crises of your own making. But when faced with an external crisis, one where enough of us need to trust him and his statements, how can we possibly believe a damn word he would say?

In pubic health, as with many other areas, trust is critical. Trump, at this point, should have none.

At this point, we obviously can’t believe him. But Trump has made it much harder to trust non-partisan agencies such as the Weather Service. This does not end well. Impeach him, impeach him now.

Second update: It now appears that NOAA staffers were directed to not contradict the president’s error, even as his mistake cost NOAA hours in response time.

This entry was posted in Propaganda, Resistance Rebellion And Death. Bookmark the permalink.

2 Responses to Yes, the Altered Weather Forecasts Are a Problem