Posted on April 7, 2020 by mikethemadbiologist 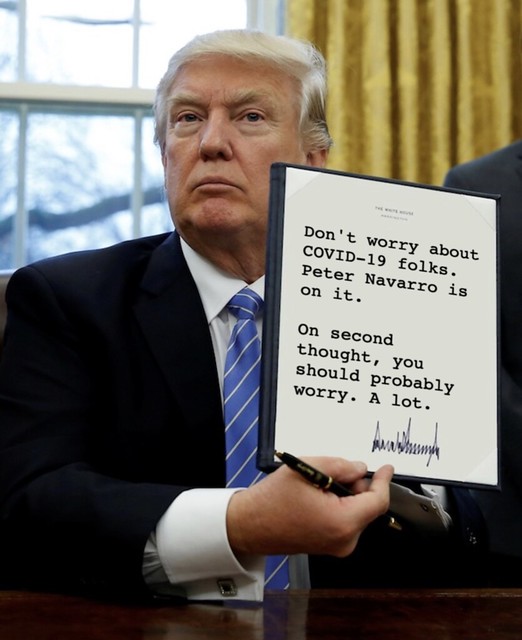 Trump’s Environmental Rollbacks Find Opposition Within: Staff Scientists
Policy Decisions and Use of Information Technology to Fight 2019 Novel Coronavirus Disease, Taiwan
Coronavirus lockdowns have changed the way Earth moves
Lead pollution in ancient ice cores may track the rise and fall of medieval kings
The coronavirus is washing over the U.S. These factors will determine how bad it gets in each community

The U.S. was beset by denial and dysfunction as the coronavirus raged (must-read)
How science finally caught up with Trump’s playbook – with millions of lives at stake (very good)
A catalog of capital incompetence: The short list of things Donald Trump did to kill America (good review)
Priorities for the Next Coronavirus Relief Package (Sanders isn’t wrong on this. At all.)
From Gates to Osterholm: The coronavirus was actually expected
An Unspeakable Horror: How Donald Trump Sentenced Hundreds of Thousands of Americans to Agonizing, Lonely Deaths
Unsanitized: The Gaping Hole in the Defense Production Act (professional Democrats hate governing. It’s the only explanation)
How’s that workplace health insurance working out for us now?
Recommendation Regarding the Use of Cloth Face Coverings, Especially in Areas of Significant Community-Based Transmission
China’s Divorce Spike Is a Warning to Rest of Locked-Down World
Taxpayers Paid Millions to Design a Low-Cost Ventilator for a Pandemic. Instead, the Company Is Selling Versions of It Overseas.
What did people do before toilet paper?
The Reality of Healthcare in America Should Make You Uncomfortable
Do No Harm: Doctors at the frontline of the pandemic face down impossible choices
Three Ways to Make Emergency Economic Responses Better
The Difference Between America’s Coronavirus Response and Norway’s
The WHO Ignores Taiwan. The World Pays the Price. Taiwan was more prepared for the coronavirus than any other country, but the WHO puts politics first.
The Military Knew Years Ago That a Coronavirus Was Coming
Donald Trump’s Cult of Personality Did This: The autocratic political culture that has propped up the Trump administration has left the nation entirely unprepared for an economic and public-health calamity.
How this crisis could help us get to health-care reform
Trump Is Inciting a Coronavirus Culture War to Save Himself
In The Middle of a Pandemic, Our For-Profit Healthcare System Is Failing Us
Notes on a Nightmare #4: The Criminality of Donald Trump

Some Thoughts About the AEI’s Roadmap to Reopening the U.S.

Posted on April 7, 2020 by mikethemadbiologist

Recently, the conservative think tank AEI released a plan describing the milestones needed to bring the U.S. back to normal-ish activity, economic and otherwise. It’s worth discussing because, like it or not, Republicans aren’t going to adopt a plan from left-leaning or even radical centrist think tanks–this administration listens to AEI*.

It’s long, so rather than recapitulate it here, I’ll discuss some of its weakenesses and strengths. Let’s start with the weaknesses:

To a considerable extent, I’m not worried about the other phases, since once we enter phase II, the worst is really behind us. Some strengths of the plan:

So, it’s not bad, but there are some weaknesses. Still waiting for the Democratic-aligned think tanks to get in gear and broach this subject***.

*Which, on many issues, is part of the problem.

**Multiple politicians have said this, including some Democrats, even though it had been well-established by late January that asymptomatic (and pre-symptomatic) spread was a problem. They should not be re-elected to office.

***Obviously, they have more important things to do like attacking Sanders supporters. Kidding aside, too many professional Democrats just don’t seem to like governing.

Posted on April 6, 2020 by mikethemadbiologist 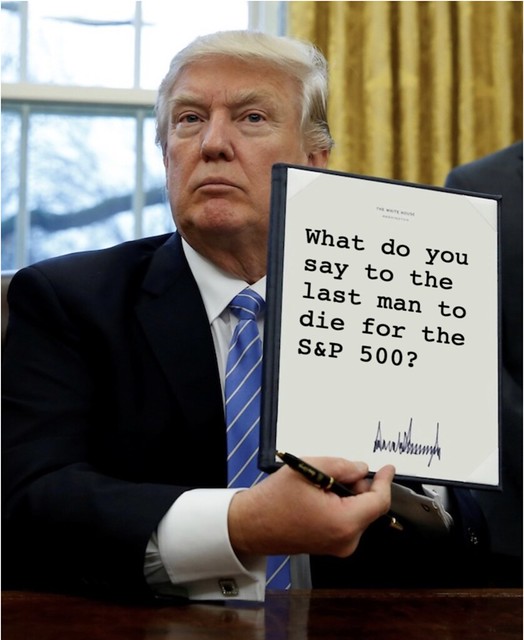 Americans Are Already Too Diseased to Go Back to Work Right Now
Should scientists infect healthy people with the coronavirus to test vaccines?
A Heart Attack? No, It Was the Coronavirus
Evaluating the effectiveness of social distancing interventions against COVID-19
How LSU researchers, hospital leaders created a new coronavirus test lab in a week

There was always a way to pay for the programs we need
Coronavirus Creates an Opening for Progressivism — Also Barbarism
Is It Possible to Overstate Trump’s Depravity? (nope)
‘Stumpy’ The Short Tidal Basin Tree Is Reaching Peak Bloom, Giving Hope To Washingtonians
It’s Probably a Bad Sign If Your Political Success Depends on People Not Voting
‘I Love Rock ‘n’ Roll’ songwriter dies of COVID-19. His widow’s story is heartbreaking
Inside America’s mask crunch: A slow government reaction and an industry wary of liability
Jared Kushner Is Going to Get Us All Killed: Trump’s son-in-law has no business running the coronavirus response.
None Of This Is Normal
The Coronavirus Worker Revolt Is Just Beginning
Predictions Are Hard, Especially About The Future
One of the most intensely discussed questions about Japan’s anti-virus strategy is why, despite having growing capacity, the authorities carry out so few tests. A meeting this morning with a senior official of the ruling Liberal Democratic Party offers a answer to the mystery. (even worse bureaucratic response than the U.S.)
Witnessing Wuhan
After ignoring warnings, Israeli ultra-Orthodox hit by virus
People need to get outside and move while stuck at home. Opening streets can help.
The Coronavirus Pandemic Has Opened the Curtains on the World’s Next Economic Model
The Coronavirus Class War Has Already Started
Bernie Sanders Soared Back To Life. But He Couldn’t Close The Deal.
Strategic National Stockpile description altered online after Kushner’s remarks
MacBook Air 2020 review: The most boring Mac is among the best

Posted on April 6, 2020 by mikethemadbiologist

And I’m referring to D.C., not Wor-Shing-Tun. Last week, the D.C. government released a ‘ COVID-19 situational update’ (pdf). This figure, which they recently re-released and made harder to read (though the key points are clear, I suppose…; p. 11) is very different from what has been said by most public health officials: 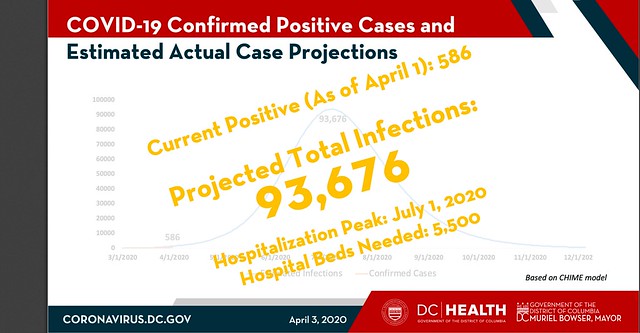 The key point is that the mortality rate will be at least double that of the model that the federal government is basically using* (the IHME model funded by Gates Foundation researchers), and could be five times as high. As importantly, the peak won’t be until early July, not mid-April. This discrepancy isn’t a D.C.-specific phenomenon (in fact, D.C. compared to many states started earlier with restrictions).

The discrepancy (and that’s an understatement) has to do with the differences between the model the federal government is using versus the model the D.C. government is using (the CHIME model). In other words, the peak in many places might be much later than currently predicted, and the death toll considerably higher. As to which model is better, it’s not clear. The CHIME model** is more in line with the Imperial College of Medicine Report, and the CHIME model uses more pessimistic assumptions about the benefits of social distancing (it assumes they will be less effective because they won’t be followed as much as people hope), while the IHME is far more optimistic about social distancing measures. (It’s also unclear what parameters D.C. used to reach these conclusions, so I can’t figure out how robust this estimate is).

All that said, there are implications for what D.C.’s use of a different model means about returning to work, especially in the D.C. area (hint: the federal workforce). If the seat of the federal government doesn’t think that the peak will hit until July (and presumably in other states too), then we better settle in for the long haul.

In the mean time, we can learn to never forget what Trump and his Republican enablers needlessly inflicted on the U.S. Anger is the appropriate emotion.

*Though who knows what they’re doing when you get right down to it.

**There are also differences in terms of the mechanics of the CHIME and IHME models, but it’s not clear to me what role those would play in the wildly different results.

Posted on April 5, 2020 by mikethemadbiologist 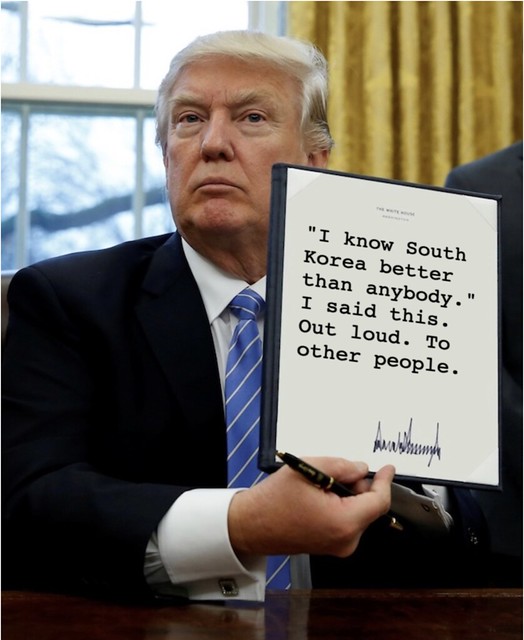 If you are hearing about #covid19 “reinfections” in Asia, I can offer you my take as a virologist. The best explanation for what we’re seeing is likely due to three things.
How ProMED Crowdsourced the Arrival of Covid-19 and SARS
Coronavirus shuts down trials of drugs for multiple other diseases
Coronavirus could threaten endangered great apes, scientists warn
While You Were Quarantined, National Parks’ Air Was Getting Cleaner

Jobs Aren’t Being Destroyed This Fast Elsewhere. Why Is That? (TEH SOCIALISMZ! at least temporarily)
As the west is in lockdown, China is slowly getting back to business
Coronavirus border closures are threatening Europe’s food supply
What If D.C.’s Black-Owned Restaurants Can’t Recover From the Effects of COVID-19?
Trump’s Chernobyl Moment: the US May Lose Its Status as World Superpower and Not Recover (maybe, maybe not; seems very contigent on who is president)
As COVID-19 Cases Increase in Homeless Shelters, D.C. Provides Hotel Rooms For Some Unsheltered Residents
New York state has 10 times the COVID-19 cases California has. Why?
Joe Biden’s Campaign Claimed It Was Safe to Vote During the Pandemic. It Absolutely Wasn’t.
I worked for Bernie in 2016. Here’s why Black voters aren’t feeling the Bern in 2020
Ebola Should Have Immunized the United States to the Coronavirus: What Washington Failed to Learn From the National Security Council’s Ebola Report
Epstein and Sunstein
History’s verdict on Trump will be devastating (would rather have him removed from office though…)
Police close some Hobby Lobby locations after stores defy state order and reopen during pandemic
The United States leads in coronavirus cases, but not pandemic response
Washington Gov. Jay Inslee is what real coronavirus leadership looks like
Exclusive: The Military Knew Years Ago That a Coronavirus Was Coming
What we need to know before we can end social distancing
Reality Has Endorsed Bernie Sanders
Is Wall Street Killing Grandma? As we scramble to locate hospital beds and life-saving equipment during this pandemic, remember that we are fighting two diseases.
The U.S. Tried to Build a New Fleet of Ventilators. The Mission Failed. (it’s like they’re trying to turn people into full-blown socialists)
What ‘essential’ really means in the stay-at-home era

Posted on April 5, 2020 by mikethemadbiologist 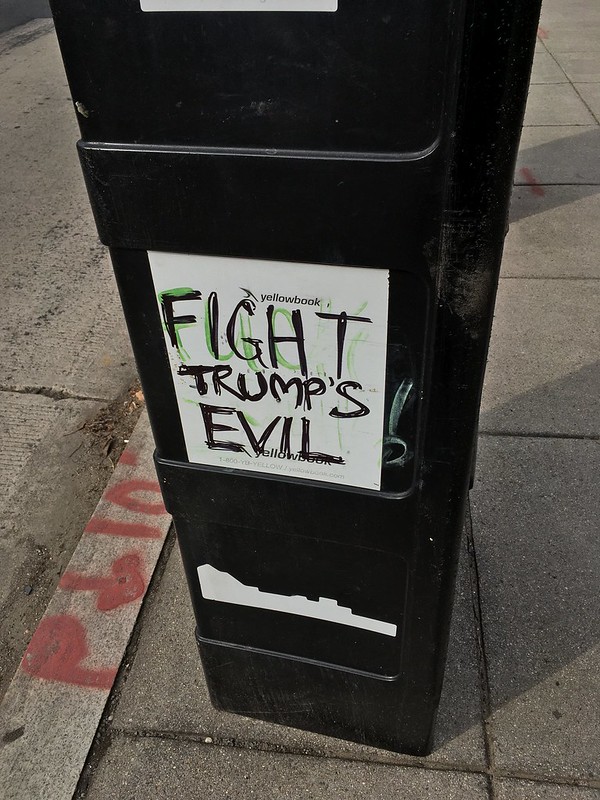 Posted in DC, Resistance Rebellion And Death | Leave a comment

In Case You Missed It…

Posted on April 4, 2020 by mikethemadbiologist

…a week of Mad Biologist links:

South Korea as a Baseline for the U.S.: The Soft Bigotry of Low Expectations

On COVID-19, News Organizations Need to Replace Their Political Journalists with Their Science Journalists

Why We Need a Universal Healthcare System