Posted on October 1, 2019 by mikethemadbiologist 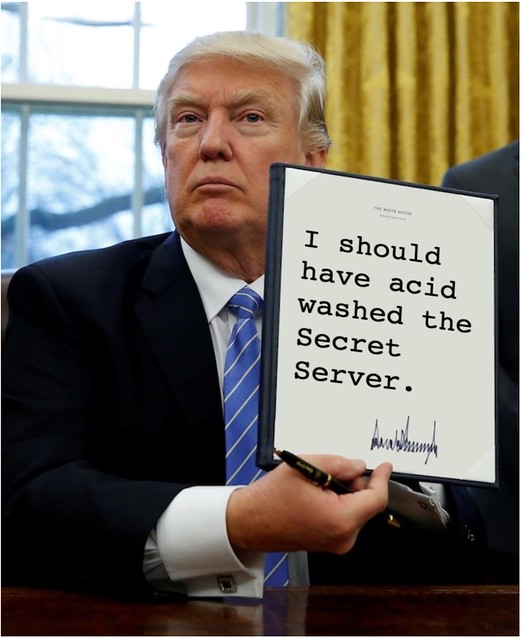 Mucoidy, a general mechanism for maintaining lytic phage in populations of bacteria
Trampoline mirror may push laser pulse through fabric of the Universe
How Long Before These Salmon Are Gone? ‘Maybe 20 Years’
Why This Scientist Keeps Receiving Packages of Serial Killers’ Hair
The silenced: meet the climate whistleblowers muzzled by Trump

SORRY, THIS WILL GO NOWHERE
Hey DC. Remember when F Street had a plaza down the middle?
Someone Should Do Something
The Secret History of Fort Detrick, the CIA’s Base for Mind Control Experiments
Derailed: My Public Transit Odyssey across Massachusetts (more failure in American governance)
As a foreign reporter visiting the US I was stunned by Trump’s press conference: Despite being subjected to a daily diet of Trump headlines, I was unprepared for the president’s alarming incoherence
One in 7 adults in New Orleans have a warrant out for their arrest, new data shows
Trump Said This Wall Can’t Be Climbed. Professional Climbers Say He’s Full of Sh*t
Pushed out: She’d lived on this historically black D.C. block for 40 years. Now the city she knew was vanishing, and so was her place in it.
Raise your hand if you knew that Park Ave used to have a walkable linear park down the middle and we took it away for extra car lanes.
Bernie Sanders wants to put credit reporting companies like Equifax out of business (excellent idea)
Mayor Bowser Seeks to Create 36,000 New Housing Units in Washington, D.C. (should be at least double that, but still better than what’s currently happening)
How decades of L.A. smog led to California’s war with Trump over car pollution
In Plain Sight
Your Navigation App Is Making Traffic Unmanageable
Why prescription drugs cost so much more in America
Herd Immunity: Can the social contract be protected from a measles outbreak?
Unmaking the Myth of Ben-Gurion
House Democrats have turned Congress into a subequal branch of government
En Ef Fail
Roy Cohn Is How We Got Trump