One Reason Why We Could Crush the Curve: A Recent Ohio Outbreak

Posted on August 12, 2020 by mikethemadbiologist

If we were to tighten restrictions for about two months, tops. Recently, the Ohio Department of Public Health released a figure describing an outbreak that was started by one infected person who went to church (I haven’t seen any information about distancing or mask wearing during the services). Here’s how the outbreak spread: 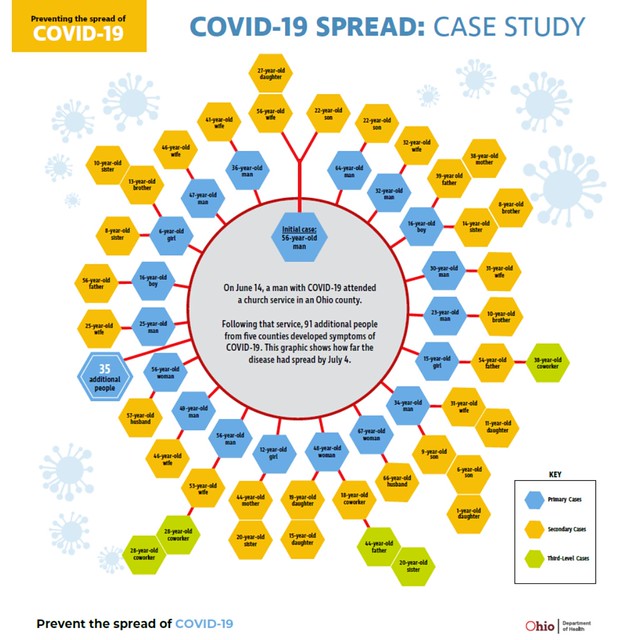 Several things about this outbreak suggest why it wouldn’t be that hard to massively lower prevalence:

This is not the Andromeda Strain. If we were to set up the necessary economic boundary conditions, followed by good public health policy, we could lower prevalence to the point where COVID-19 would be very rare.

*‘Exponential’ is has, in colloquial terms, simply come to mean “lots.”