Posted on October 8, 2019 by mikethemadbiologist 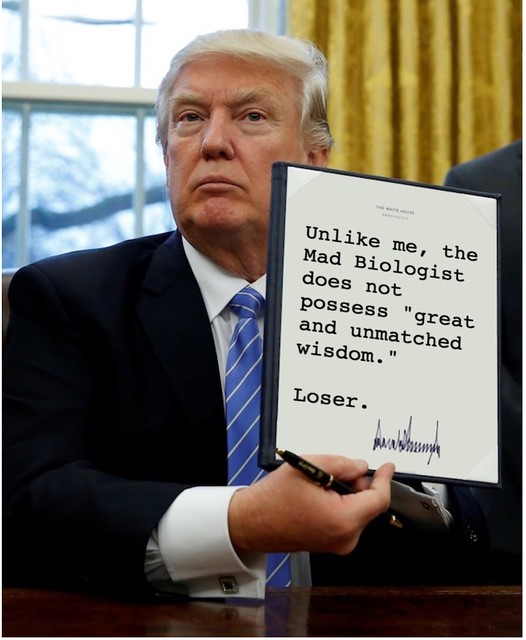 USDA nixes release of multiple reports over researcher exodus
As vaping became widespread with little known about its health effects, US government delayed key regulations
Don’t let Trump pollute our lakes and streams
Uncovering how microbes in the soil influence our health and our food
Trump Has Gutted an Agency That’s Vital to American Farmers

“Worth This Investment”: Memos Reveal the Scope and Racial Animus of GOP Gerrymandering Ambitions
A police union group in D.C. is holding its holiday party at President Trump’s hotel. Some members are furious.
We’re Getting Ripped Off
Democrats, Please Don’t Mess This Up. Impeach Trump for All His Crimes, Not Just for Ukraine.
Great News: Wall Street Democrats Might Leave the Party
During the Jewish High Holidays, there’s a growing awareness that not all U.S. Jews are white
Dear anonymous op-ed writer: Your plan didn’t work
The Ukraine call record shows Trump talking like a mob boss
This Guy Truly Has No Idea What He’s Talking About
The Shaw Family Admission Plan: One Wall Street billionaire and the ultimate college hedge.
The Right Way to Impeach Trump
Researchers Assembled over 100 Voting Machines. Hackers Broke Into Every Single One.
Elizabeth Warren wants congressional staffers to get paid more
Police chief accused of slamming black teen’s head into door: Trump is ‘last hope for white people’
The Tiny Globe That Puts the World and Heavens in Your Palm
Impeach William Barr
In her memoir, Debbie Harry gives an unvarnished look at her life in the punk scene
The Whistle-Blower Knows How to Write
Create a Public Option for Simple Banking
How to defeat dog-whistle politics, win elections and build a progressive majority: Part 1