Posted on June 27, 2019 by mikethemadbiologist

And ten person ‘debates’ are stupid too. From 538: 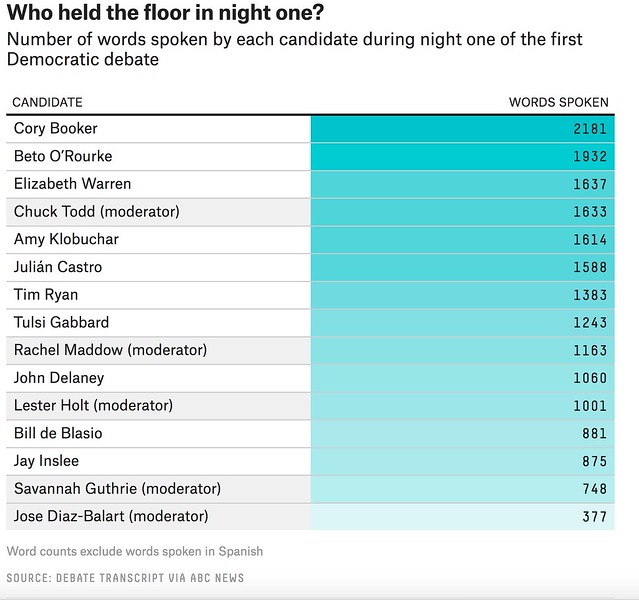 Shithead celebrity Chuck Todd–who is not running for anything–had the fourth most words (and essentially tied with Warren). Todd also had twice as many words as Jay Inslee, who has a very good anti-global warming program.

If this ‘debate’ format has limited itself to a single topic, each candidate would have had nine minutes to talk about that topic. All these pseudo-debates do is reinforce ersatz notions of ‘electability’, since candidates can only be judged on style, whatever that means.

Despite Todd’s bloviation, if last night is any indication, it’s Warren’s and Sanders’ party–they’re driving the agenda (much the consternation of idiot Very Serious Pundits who posit made-up tradeoffs between higher taxation and economic growth). Not such a bad thing.