Posted on September 19, 2016 by mikethemadbiologist

Last week, I wrote about what insulin price gouging does to diabetics–who make up nearly ten percent of the U.S. population. In the U.K., insulin is much cheaper: U.S. prices are over five times as high as those in the U.K. Here’s how prices have risen in the U.S. (I don’t believe this adjusts for inflation): 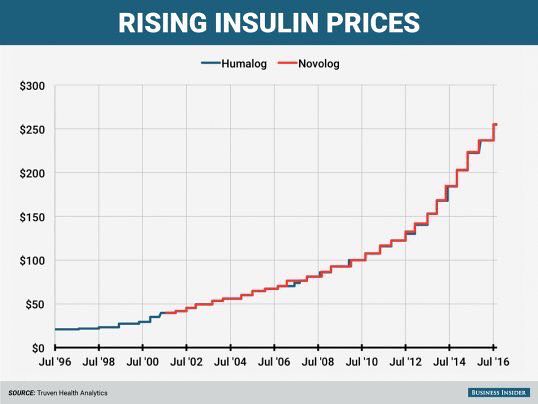 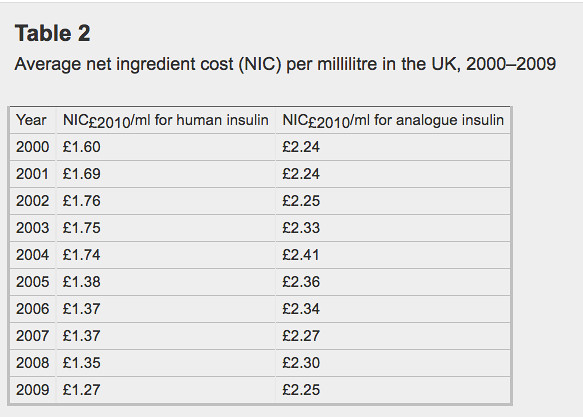 That’s right–prices in the U.K. stayed the same or dropped. Either U.S. manufacturers are much dumber than those who supply the U.K., or else something else is going on here. Keep in mind, manufacturing insulin is definitely a mature technology.

But the U.S. has the most awesomest healthcare system in the world, or something.

This entry was posted in Bidness, Healthcare. Bookmark the permalink.