If We Still Had a Streetcar System in D.C.

Posted on February 7, 2020 by mikethemadbiologist

With the reported, though expected demise of the Georgetown (D.C.) streetcar, it’s worth looking at what the streetcar system used to look like: 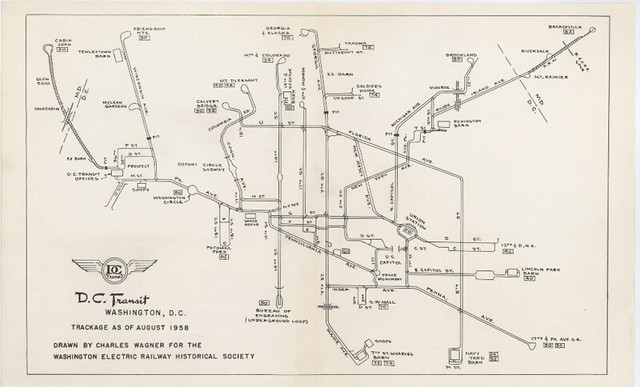 I realize there’s a long history behind why D.C. abandoned its streetcar system–and that history occurred before D.C. had meaningful home rule. Still, imagine if we had this now, in addition to the existing buses and Metro. Some of these routes sort of mimic existing Metro stations (though I should probably write that sentence the other way around…), but redundancy isn’t necessarily a bad thing. Anacostia was neglected, but Upper Northwest was more accessible. And, of course, road lanes used for trains typically aren’t used for cars, which would be good for the environment.

This entry was posted in DC, Transportation. Bookmark the permalink.

3 Responses to If We Still Had a Streetcar System in D.C.