Posted on October 15, 2019 by mikethemadbiologist 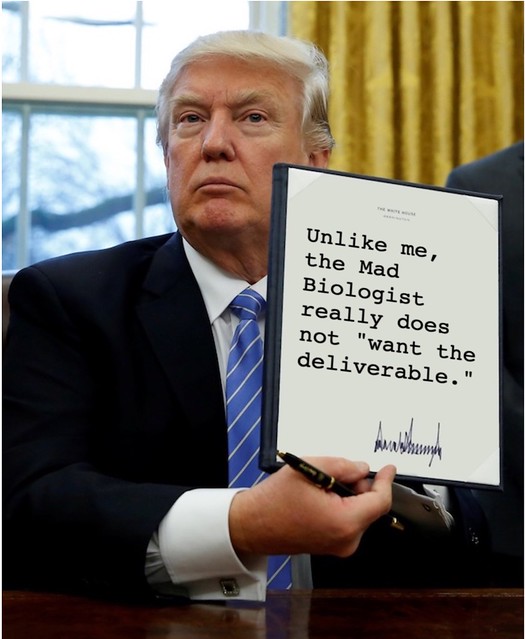 Flu vaccine selections may be an ominous sign for this winter
Scientist Who Discredited Meat Guidelines Didn’t Report Past Food Industry Ties
Trump is destroying an irreplaceable world treasure in an effort to speed up building his ‘wall’
The Persistent Myth of Persistence Hunting
Can a Burger Help Solve Climate Change?

Nina Turner, Bernie Sanders’s Campaign Chair, Led Charge for Education Reform as Ohio Legislator
Now the Rich Want Your Pity, Too (this conflates the gentry class, which is precarious, with being wealthy/rich which is not)
Trump Administration Finalizes Unemployment Drug Testing Rule (we also should do this with the mortgage interest tax deduction)
An Antisemitic Judge, a White Supremacist System
Warren signs onto Students for D.C. Statehood pledge
But My Good Friends In The GOP, Those Fine Folks
Is the NCAA’s Abusive Wage Cartel Finally Going Down?
My University is Dying
The Democratic primaries and the white privilege of Iowa and N.H. (this is why D.C. should be the first primary)
Visiting foreign journalists call out Trump’s increasingly erratic behavior. Why won’t D.C. press?
Trump’s bid to destroy Medicare
The National Building Museum Is Closing For Three Months This Winter
HBO Max locks down exclusive access to new Sesame Street episodes (nationalize Sesame Street!)
Buttigieg unveils an aggressive plan for lowering drug prices
What Does This Street In Zürich Mean?
The many accomplishments of the ‘do-nothing’ U.S. House
Down and out on New York City’s Bowery in the 1970s
Let’s Fill Our Cities With Taller, Wooden Buildings
The Rich Really Do Pay Lower Taxes Than You
Don’t Be Fooled. Chief Justice John Roberts Is as Partisan as They Come.
Explaining our three principles for transportation investment