Posted on October 6, 2019 by mikethemadbiologist 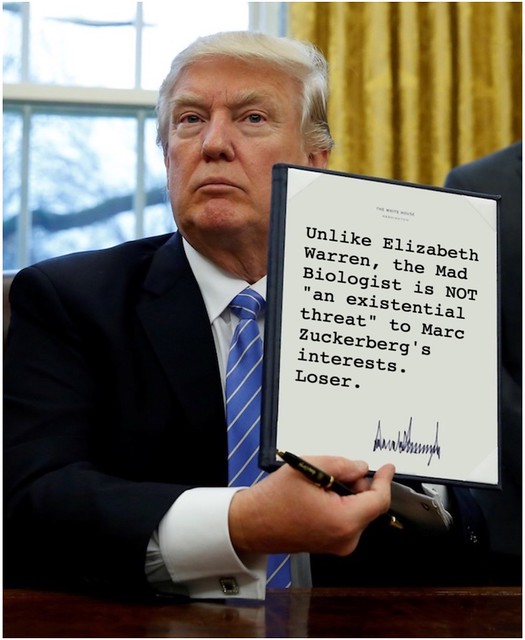 Against neurodiversity: The movement has good intentions, but it favours the high-functioning and overlooks those who struggle with severe autism
Farm Animals Are the Next Big Antibiotic Resistance Threat
Keeping hives to save bees is like keeping chickens to save birds
Cats Like People! (Some People, Anyway)
Opium-Addicted Parrots Are Terrorizing Poppy Farms in India

A Crackdown on Islam Is Spreading Across China
How the White Nationalists Who Love Trump Found Inspiration in the Group That Gave Us Narendra Modi
You Might Not Want to Eat Bugs. But Would You Eat Meat That Ate Bugs?
Bernie Sanders: As Trump meets with India’s Modi, a reminder to put human rights at center of U.S. foreign policy
The Future Is Ours for the Taking
Elizabeth Warren secured endorsement from far-left ‘Working Families Party’ after think tank where her daughter is chairwoman gave it $45,000 (infrastructure building is fine, just figure out a way to not be so stupid about it)
Impeachment treats a symptom, but it can’t cure the disease
Trump must be destroyed
How about an anonymous Senate vote on articles of impeachment?
Impeachment Shouldn’t Be the Goal of Impeachment
Paul Ryan Is Concerned
To beat Trump, try running an outsider
Don’t Overthink It
Bernie Sanders Proposes a Wealth Tax, Taking Aim at Billionaires
Marginally Connected Thoughts on Impeachment, the Democratic Primary, Climate, Activism, and How We Process the World
Their Northern Virginia neighbor apparently saved his swastika cookies for special guests (eagerly awaiting the NY Times piece calling him a swing voter)
About That ‘Favor’ Trump Wanted From Ukraine
Warren Is Spending Campaign Cash to Unseat Susan Collins
The Democrats shepherding Pelosi’s drug pricing bill have taken plenty of campaign cash from pharma
A 51st State? The District of Columbia Aims for Its Star
Survey finds 60 percent of Mass. biotech workers would change job to get a better commute
The strange career of Rudy Giuliani, from US attorney to Trump bagman, explained