By Reader Request, An Update On Yesterday’s Post About Progressive Taxes

Posted on January 8, 2019 by mikethemadbiologist

Yesterday, I posted about progressive income taxes, and compared income taxes during the Good Old Days of 1954 when straight Christian white people could treat everyone else like shit with impunity America Was Great to income taxes in 2018. In the post, I discussed Congresswoman Ocasio-Cortez’s proposal to create a new tax bracket for income above $10 million that would be taxed at seventy percent (always knew Drugmonkey was Reviewer #3. Heh). Here’s how much tax, adjusted to 2018 dollars, married households at various levels would have to pay (the AOC column is the amount under Ocasio-Cortez’s proposal): 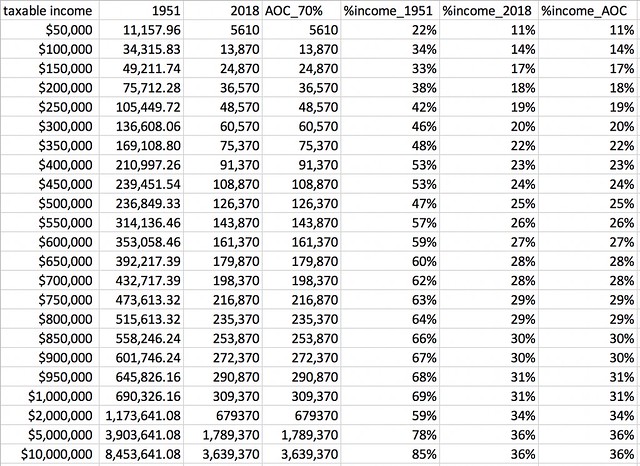 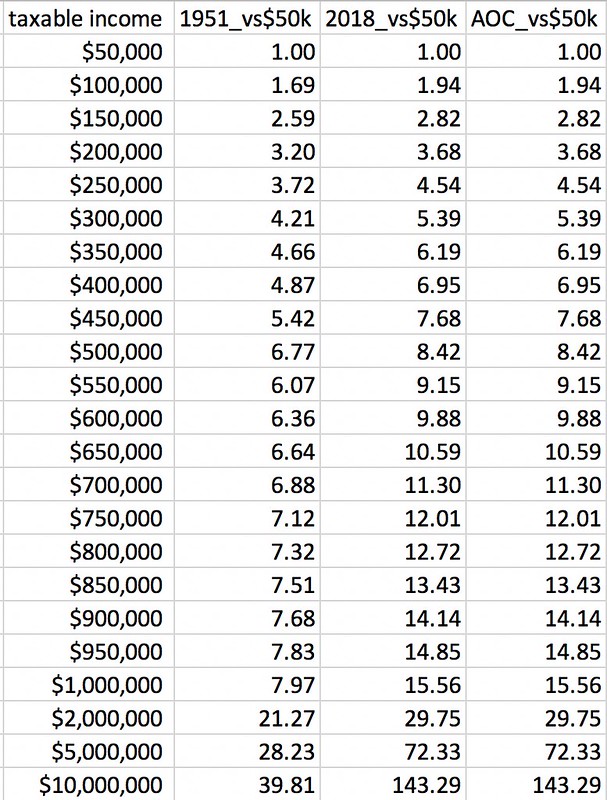 You’ll notice that the 2018 columns and the AOC columns are identical. Because that’s how fucking tax brackets work (despite the best efforts of conservative propagandists otherwise).

Really, Ocasio-Cortez’s proposal targets only the very richest of Americans (and only those who have more than $10 million of earned income; it would not target dividends which are taxed at a much lower rate).

They’ll be fine. And the rest of us will be better off for it.

This entry was posted in Fucking Morons, Taxes. Bookmark the permalink.

2 Responses to By Reader Request, An Update On Yesterday’s Post About Progressive Taxes