Posted on March 8, 2017 by mikethemadbiologist 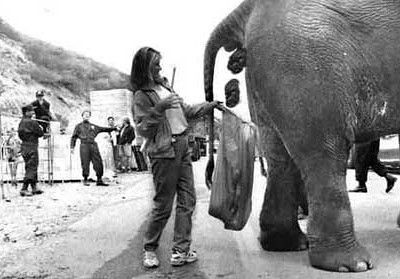 We must remember that the Republican healthcare proposal, such as it is, has everything yet nothing to do with healthcare. They really don’t care if lots of people can’t afford healthcare–that’s not what this is about at all. But I’m getting ahead of myself.

The basic problem Republicans have from a policy standpoint is there is no way to move to the right of ACA (‘Obamacare’) without creating a healthcare dystopia. Moreover, millions of people have a lot to lose under the Republican plan–and desperate people fight back when they have nothing left to lose.

The dirty secret is that many Republicans not-so-secretly believe that if you can’t afford healthcare that’s your fault: suck it up, work harder, and buy your own damn healthcare. Exhibit A–Republican Congressman Jason Chaffetz (aka ‘High Laird of the Potowmac‘; boldface mine):

Chaffetz countered that the GOP plan gets rid of the individual mandate and argued that Americans have choices. “[M]aybe rather than getting that new iPhone that they just love and they want to go spend hundreds of dollars on that, maybe they should invest in their own health care,” he said on CNN’s “New Day.” “They’ve got to make those decisions themselves.”

Later in the day, on Fox News, he conceded that he hadn’t made the point “as smoothly as I possibly could,” but he reiterated that “people need to make a conscious choice, and I believe in self-reliance.”

So they really don’t care (#NotAllRepublicans…) if you can afford healthcare. Should have been richer, you lazy bastid.

What they do want is to lower federal spending–and this is where payback is a bitch. In 2011, Republicans, in an effort to ensure that Democrats wouldn’t be able to deficit spend the economy back to health*, forced Democrats to agree to the Budget Control Act. This has various spending and deficit caps. So?

If Republican want to pass huge tax cuts for the rich–and nothing gives Republicans HUMONGOUS BONERS like tax cuts for the rich–they need to cut spending. They can’t really cut Social Security, since their geriatric, Fox News-watching Uruk-hai base would run them over with their scooters (probably while screaming, “Keep the government out of my Social Security!”). They’re not going to cut military spending, so the only big ticket item left is gummint healthcare (they could always remove the mortgage interest tax deduction…STOP LAUGHING! STOP LAUGHING NOW!).

This is the ‘problem’ Republican Rep. Paul Ryan is trying to solve: how to cut enough stuff to give rich people and corporations BIGLY tax cuts.

Like I said, it has everything and nothing to do with healthcare.

*Spare me the ideological claptrap–Republicans love themselves some Keynesianism, when it’s targeted at their states.

This entry was posted in Conservatives, Healthcare, iPhone, uPhone, We All Like the iPhone. Bookmark the permalink.

1 Response to Let Them Eat iPhones