Posted on March 26, 2020 by mikethemadbiologist

A couple of days ago, I noted that the word ‘mild’ is misleading people about how bad COVID-19 is, especially in demographic groups that don’t see themselves at high risk. I dug into how and why the word mild is being used, and it seems that it’s being used colloquially to lump together mild and moderate cases–and as we’ll see, moderate is a misnomer. So where are the definitions of these terms coming from?

As best as I can tell, as laid out in this article, the terms mild, moderate, severe, and critical have been based on Chinese Health Commission guidelines that are based on WHO guidelines. Here’s how those terms are being used: 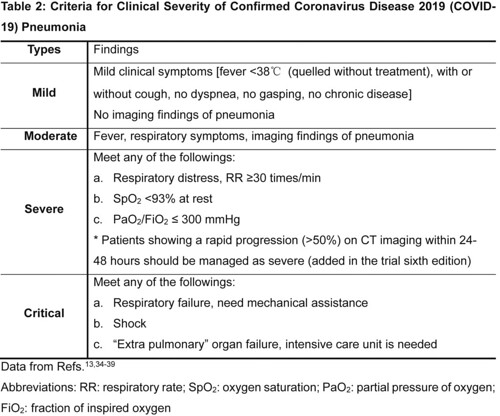 From a public health and planning perspective, it makes sense to lump together mild and moderate cases, since these are the cases that don’t require hospitalization. And mild really is mild: low grade fever (<100.4ºF, no respiratory distress, and no indications of pneumonia from imaging. It is just an annoying fever. But moderate is a case of pneumonia that basically doesn't require* hospital intervention and doesn’t seem to be getting worse rapidly. That’s definitely not mild. Most probably wouldn’t call it moderate either. But moderate and mild can and have been lumped together–after all, they are often used as synonyms, and non-experts won’t realize they are different things.

I suspect part of the reason COVID-19 isn’t–or at least wasn’t–taken seriously is because of confusion over these terms. If people had realized that this is not just a few days of the blahs for a lot of people, but a potentially bad pneumonia, I think concern would have been heightened.

I hope our leadership, such as it is, learns from this.

*In calmer times, some of these cases might involve a precautionary trip to the emergency room.