Posted on July 17, 2019 by mikethemadbiologist 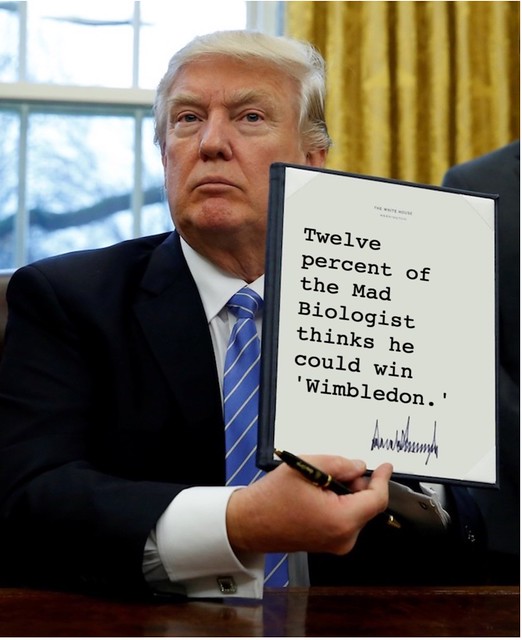 In real life, Simba’s mom would be running the pride
Mineral fight goes Mesozoic: Who owns dinosaur bones?
Most Americans See Antibiotic Resistance as a Public Health Problem, But Nearly Half Have Not Taken Antibiotics As Prescribed
The Moon Is a Hazardous Place to Live
Viking bones and DNA will decay quickly as Greenland thaws

An entire block of moderate House Dems ran explicitly on replacing Pelosi last year. But Public Enemy #1 is the chief of staff for a progressive that defended and voted for her. (excellent)
This Is Our Emergency (1. excellent; 2. Atrios is a Metric fan)
Democrats Continue Search For The Smoking Gun They Already Have (Democratic voters did our job. Now fucking do yours.)
Washington Floods Expose a Double Threat: Old Drains and Climate Change
Social Security Is A Good Litmus Test For Candidates (yes, it is)
Can Elizabeth Warren help break the political consulting cartel? (perhaps!)
Life in a City Without Water: Anxious, Exhausting and Sweaty
Odds Are, Your Doctorate Will Not Prepare You for a Profession Outside Academe
Nancy Pelosi’s renewed attacks on AOC aren’t just disrespectful, they’re dangerous (this underestimates the role of ideological differences as well as fundraising; I’m sure when Pelosi fundraises, she catches shit from wealthy donors about the Squad)
The Truth About the Queens DA Recount
Bill Keating is ‘not OK’: In search of a progressive challenger for my business-as-usual representative
Confessions of a Red Line defector
Is There a Global Future for Unions?
How Jeffrey Epstein made himself into a ‘Harvard man’
The Turn of the Pelosi Screw
The David Ortiz shooting and the corruption of the Dominican dream
Judge Dread
In Detroit, ‘tiny houses’ are a solution to homelessness. They could solve a lot more as well.
Work begins to fix Union Station Metro’s broken chiller system (maybe it will happen faster than Dupont Circle/Farragut North, which, after four years, still isn’t fixed)
‘We Have a President Who Lost the Popular Vote by Three Million’: Sanders Backs Abolishing the Electoral College