Posted on July 10, 2019 by mikethemadbiologist 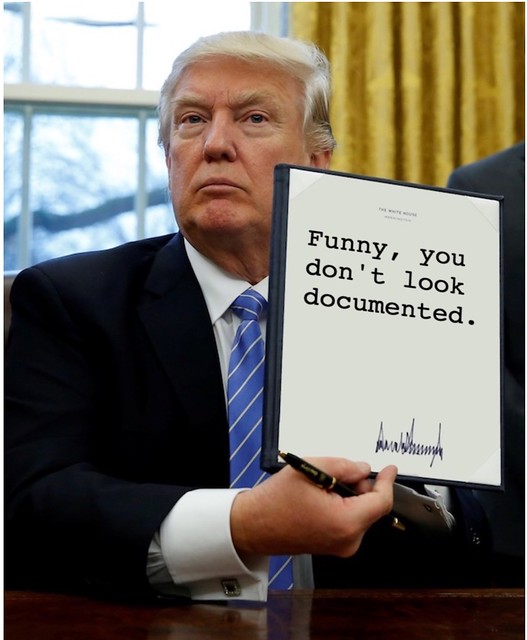 Hungry, Scared and Sick: Inside the Migrant Detention Center in Clint, Tex.
2020 Dems’ opposition builds against Trump judges (too little, too late?)
John Delaney’s debate claim that ‘Medicare for All’ will shutter hospitals is unsubstantiated
What the Concentration Camps of Bosnia Can Teach Us About the Abuse of Immigrants on the U.S. Border
Italian Artist Peeta Blends Graffiti and Abstract Forms Into Optical Illusion Murals
Americans “Shockingly Willing to Kill Civilians”? Nope.
Check out early photos of the ‘Lawn’ exhibit at the National Building Museum, opening July 4
Americans deserve a paid vacation, should be mandatory
George Nader: How a convicted paedophile became key to an Emirati hook-up with Trump
Trump says his company has stopped hiring undocumented immigrants — but his former housekeeper says that’s not true
Border Profiteers
A Former Industry Insider Reveals How Drug Companies Jack Up Prices
The Border Patrol Is the American SS
Real Americans don’t ask
Understanding why right-wing populism succeeds
‘Do You Support Busing?’ Is Not the Best Question
Bret Stephens Is Who He Thinks “We” Is
Armed militias are breaking the law — and the Border Patrol might be, too
Elizabeth Warren’s first law review article blasted an anti-busing court ruling
Trump’s 4th of July fiasco exposed a common myth about his fans and revealed the disturbing truth