Posted on March 22, 2015 by mikethemadbiologist 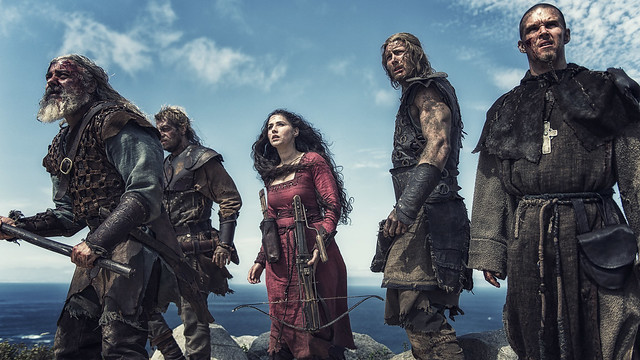 One of the more frustrating things–especially, if let’s say, you want to fix all the broken things–is the belief that the federal government operationally can run out of money. While there are perfectly good reasons to cut spending or raise taxes–that is, destroy future or current monetary wealth–there is no operational need to do so if you’re a currency issuer (i.e., the U.S. federal government).

Alas, as we like to note on this blog, lo, there are assholes and they walk among us. So we’re stuck we the belief that currency can be a limiting resource.

Fortunately, the Mad Biologist recently finished The Age of the Vikings by Anders Winroth, and there might be a solution (boldface mine, pp. 124 – 125):

One one kind of money existed in the early Middle Ages: coins containing precious metal–in Western Europe from the eighth century, almost exclusively silver…. This was a problem because his [Charlemagne’s] kingdom, as well as the rest of western Europe, suffered from a negative balance of trade. Kings, bishops, and aristocrats demanded expensive eastern luxuries, such as silk, spices, and gems, and the merchants who sold such items demanded to be paid in silver and gold, for they were interested in very few other European products. Precious metals thus flowed from the west to the Middle East and Asia, depleting the western stock of gold and silver. European mines produced little silver and almost no gold, so the metal stock could not be replenished through mining…. Europe was starved for gold and silver; European commerce needed an injection of precious metals, and the Vikings provided what was needed.

Before the Vikings came on the scene, much of the gold and silver remaining in western Europe, rather than being made into coins, remained inert in the form of chalices, reliquaries, and other church plate. The treasuries of churches and monasteries were full of precious metals that were not normally available for minting. The Vikings certainly changed that. They stole everything of value they could lay their hands on, and they extorted tributes and ransoms. As an Irish annalist noted with obvious horror, a Viking “shook” the relics of St. Comgall from their shrine in Bangor, Ireland, in 824, clearly valuing the reliquary, made of precious metals and stones, a great deal more than the bones of the saint. Church treasuries typically provided much of the precious metal that was paid out in tribute to threatening pirates….

Gold, sliver, and money that the Vikings acquired was not lost to the European economy, for the Vikings lived within that economy and they participated in economic exchange just like other Europeans. They would have put the formerly inert gold and silver plate of Frankish church treasuries into circulation after 858, just as they did whenever they got their hands on precious metals by any means… Some of the precious metal that Vikings gains was, to be sure, buried as hoards in the ground of Scandinavia and some became arm rings and other jewelery, but only a small portion of the loot would have been permanently removed from circulation. Most silver would sooner or later be minted into coins.

So Viking marauders it is! Unfortunately, Winroth also describes how the Vikings helped increase the European stock of precious metals through the slave trade (Viking captives) with the Middle East. That’s a bit too far for this modest proposal.

This entry was posted in Economics. Bookmark the permalink.