Posted on July 18, 2019 by mikethemadbiologist 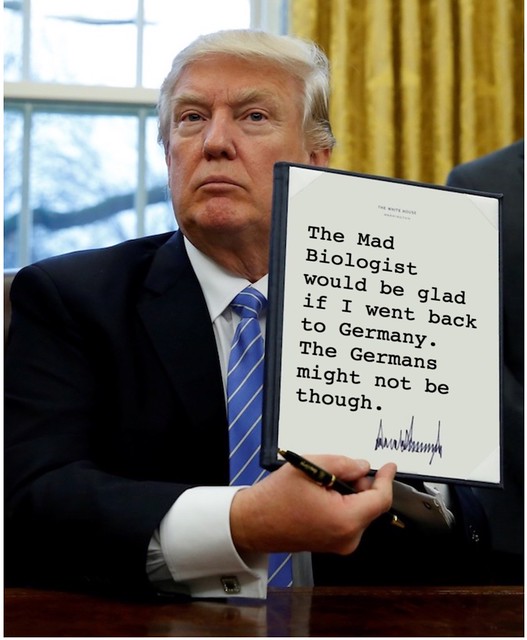 Can a Snail Too Tiny to See Save a Kentucky Forest From a Gas Pipeline?
Archaic tooth gives some teeth to theory of interbreeding among different kinds of humans
Sharks on Cape Cod: Just how scared should we be?
A Massive Hunk Of Ice Will Reshape The World’s Coastlines Sooner Than We Thought
Urinary Tract Infections Affect Millions. The Cures Are Faltering.

The reason I’m so pessimistic about Democrats in 2020 is because everything happening with impeachment is how they folded on healthcare a decade ago.
AOC and “the Squad” Are Actually the Sensible, Mainstream Centrists in Their Fight With Nancy Pelosi
Election Systems Across Country Use Software Vulnerable To Hackers
We’ve just lived through the greatest period of restaurant growth in U.S. history. Here’s why it’s ending.
Puerto Rico’s Former Education Secretary Arrested on Fraud Charges
Cars significantly more dangerous than guns in New York, new data shows
Can We Just Get Rid of the Filibuster Already?
Trump Is Poised to Sign a Radical Agreement to Send Future Asylum Seekers to Guatemala
Beach town urbanism: There’s big density in small spaces in Cape May
Few things worry China’s elite more than getting their kids into Harvard
He’s Gay. His Main Opponent Makes Homophobic Remarks.
When Big Tobacco Invoked Eric Garner to Fight a Menthol Cigarette Ban: Corporate lobbyists are increasingly highlighting the concerns of black New Yorkers to support their clients’ causes. (concerns might belong in scare quotes)
Why A “Public Option” Isn’t Enough
Alan Roth: For Mendelson and others, ‘winning ugly’ will reverberate harshly
Trump, the press, and the politics of pain
Twitter says Trump’s tweet didn’t violate its rules against racism but won’t say why
Joe Biden proposes radical leftist health-care plan
Is Banning Private Insurance the New Individual Mandate?
Ex-Fox & Friends co-host Clayton Morris leaves country amid fraud allegations (love it or leave it!)
Julián Castro: ‘Instead of breaking up families, we should break up ICE’
A female historian wrote a book. Two male historians went on NPR to talk about it. They never mentioned her name. It’s Sarah Milov. They have tenure. She does not.